The initial groundwork has been done, the foundation stone laid, actually, doubly so.

We at #NUE2025 have laid the symbolic foundation stone for the European Capital of Culture 2025 in our metropolis Nuremberg-Fürth-Erlangen-Schwabach, often dubbed SENF.

And the application office N2025 has submitted the first round’s bid book end of September.

We’re quickly approaching 12 December, 2019, the day of the first decision. The jury will announce which cities will be allowed to participate in the second round will be announced in Berlin.

Let’s cheer for the best Capital of Culture!
#NUE2025 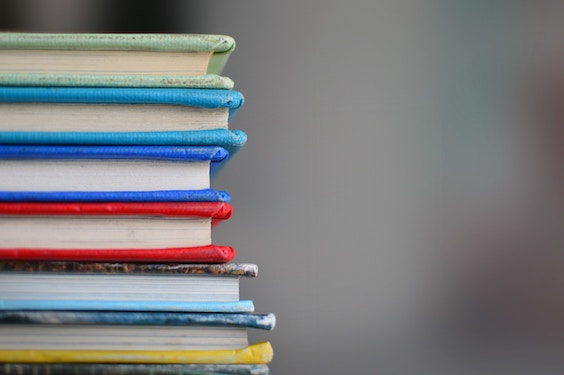 All bid books have been submitted

The deadline expired at the end of September. The applicant cities for the European Capital of Culture 2025 in Germany have submitted their application books. The candidates have now been finalised (in alphabetical order):

Further information is available on our website in the Learn more section and on public websites in German only (you will find the links in our German language newsletter).

By the way, the books show how different the cities and approaches are. We think that they are all worth a closer look and wish you much joy and inspiration while reading!

NUE2025 in the Nuremberg Bid Book

(Thanks for the compliments 😉

Chapter 4 “Outreach” of the Bid Book names us prominently on page 42:

“A helpful and very valuable sparring partner throughout this  process was #NUE2025, a civic initiative that played a central role in  terms of facilitating constructive criticism on the bid and actively  communicating the idea behind the ECoC to the people of Nürnberg and the  region. The “statement of requirements” developed and published by the  civic initiative will be of the essence for future discussions. Alongside #NUE2025, which was initiated in 2016, a group of active  citizens formed a volunteer team in 2018 to support the PAST FORWARD  action, the Team N2025. Also, there is the N2025 Fan Club. All these  groups bring our bid to be European Capital of Culture closer to the  people of Nürnberg.”

We are equally pleased about this appreciation of our work and that we are not the only ones who are committed to the goal. It’s nice to see many actives joining, coming together and forming groups that want to drive the urban development of our metropolis.

Let’s all say: Past forward! 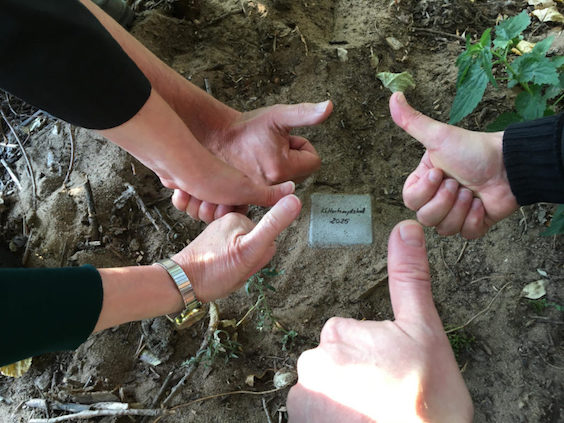 Here it lays and sets a strong stance: a stone inscribed ``Kulturhauptstadt 2025``, Capital of Culture 2025, featuring one letter for each of the four cities of our Metropolis: SENF – representing the four initial capitals of the city names Nürnberg, Fürth, Erlangen, Schwabach. The stone lies where the frontiers of the cities Nürnberg, Fürth and Erlangen meet, with one of the four sides being gold to represent the fourth city – Schwabach.

The foundation stone for SENF as the European Capital of Culture has been laid!

In an artistic campaign executed on 17 September 2019, we have laid the foundation stone for the European Capital of Culture 2025 in the SENF metropolis. This activity helps us stress that the application as European Capital of Culture 2025 cannot end at the borders of politically defined municipalities. This is what we have taken up by creating a figurative centre of the ECoC activities, placed at the point at which the city borders of Nuremberg, Fürth and Erlangen meet. Schwabach is included symbolically by plating one of the sides in gold. You will find photographical and video glimpses at the activity in our blog (unfortunately, the text is German only).

None of the cities would be conceivable without the others. Each and every day, commuter flows are drawing dense lines; more and more offers are being created by contributions from different centres of our joint city. Our work shows that the four political communities are growing together to an ever increasing intent. By now, they represent an inseparable urban area that manifests, among others, in projects such as regional, national and international festivals across several centres, for example in the field of theatre or music, the Long Night of the Sciences. The city’s borders are political in nature, and the networks of real life extend beyond them.

By this campaign, we take up the fact that progress is shaped especially from below. We call on you to pick up on reality and understand the application for the Capital of Culture as a project for the entire metropolis around the four city centres. To this end, it is essential to develop a cultural strategy jointly with all four municipalities and with effect beyond the year 2030. We cordially invite all residents of the region to participate.

And now? What’s the next step?

First, we still need to have some patience. On 10 and 11 December 2019, the cities will present themselves to the jury at an event organised by the Kulturstiftung der Länder in Berlin. The formal guidelines according to which the evaluation is based can be found in the Learn more (knowledge) section of our website. After the jury has met, discussed and decided, it will announce the participants of the second round of applications at a press conference on 12 December 2019; this will be streamed live—we hope that the link will be announced on the website of the Kulturstiftung der Länder in good time.

Next meetings and important dates

Your next appointments and important dates: