first of all: all the best for the year 2020, good health, success and, above all, satisfaction!

We can expect two things to be certain in regard to the European Capital of Culture and our year 2020. First, the months to come will be intense. Second, it will be a decisive year—at the end of the year, we will know which German and which Slovenian city will carry the title of “European Capital of Culture” in 2025. In other words, by the end of the year, it will be clear whether Nuremberg will win the race.

However, there is still some work to be done before the title is awarded: we will all analyze the jury’s reasoning for selecting the candidate cities for the “short list” (i.e. in the second round). The aim must be to determine where the jury thinks we are already well positioned and where homework is still to be done. The application office N2025 will submit a more comprehensive bid book. We, NUE2025, will see how we move forward and, for the third time, readjust our focus. Already twice, we have successfully steered our work towards a new phase and will now do so again.

How will you further involve yourself in the process and the work of #NUE2025? 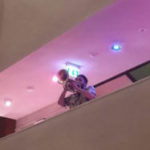 As our editorial already states: in our view, it essential to deeply analyze what the jury considered when deciding on the short list. Unfortunately, we cannot provide any explanations and documentation yet, as we also have no access to them yet: the explanations won’t be available until the end of the month (or even on February 1st); hopefully from then on, we will find the report on the website of the German capital of culture process office run by the Cultural Foundation of the Federal States (Kulturstiftung der Länder). Before this report is available, we can only give general statements, not being able to describe any concrete position regarding the jury decision and its implication on the further process.

We have already addressed criticism towards the Cultural Foundation of the Federal States naming the process as being too long. The German Conference of Ministers of Culture, which sets the rules of procedure, has given the jury too much time to write the report, setting the period to 21 working days. To add to confusion, it used the word “Arbeitstage” which is uncommon in such documents as well as ill-defined: are the 24th and 31.12. working days, for example? Shall Saturdays be counted or not?. The Cultural Foundation of the Federal States furthermore communicates unclearly and mentions different times on Facebook and on its own website. It also allows a rather long period between receiving the report (which should be in mid-January) and publication (which should take place at the end of the month/at the turn of the month).

In view of the short deadline to prepare the second bid book and the even earlier deadline for any submissions to the local bid office N2025 (and most probably other candidates’ bid offices), this seems inappropriate to us.

The bid office and the city administration have a slight lead, because they know at least parts of the considerations from the exchange with the jury and their questions on site in December.

We kindly ask politicians to strongly consider the concerns of the citizens, especially those who work to shape the process on a voluntary basis (i.e. in their spare time). Officials should not impede volunteers’ work by introducing such delays; we rather call upon them to make all relevant materials available in such a way that low-barrier participation is possible. Irrespective of this, we are of course delighted to be in the second round. 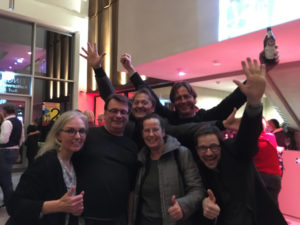 Reception at the evening of the jury’s decision (short list of German applicant cities;12 December 2019, Kulturwerkstatt auf AEG):
#NUE2025 members Patrizia, Rainer, Peter, Gisela, Philip und Baltasar (from left to right) are happy that Nuremberg has made it to round two!

Analysing the network analysis of cultural operators and drivers

Who are the relevant players in the European Metropolitan Area of Nuremberg? What are their creative networks?

We have taken a close look at the report of the network analysis study of cultural operators in the region and their regional and international networks, as commissioned by the bid office (the official German title of the document is: “Netzwerkanalyse zu regionalen und internationalen Kulturkontakten  in der Europäischen Metropolregion Nürnberg”). The bid office has published the report on its website. Overall, we unfortunately need to say that this given analysis does not provide viable insight and result.

We provide a detailed analysis of the work (as PDF published on our website, together with a summary report in our blog, both German only). Our work already takes into account the further findings we have got in the discussion with the bid office N2025. They have mostly not reacted to the specific issues addressed by us, describing our criticism as “academic”. We offered N2025 to publish their position together with ours, but they preferred not to do so.

To specifically name the major issues with the work: the work fails at the very beginning by not establishing exactly which types of cultural actors and contacts should be analyzed. The findings are grounded on address data pre-existing in the cultural administrations and all results are shaped by this. In particular, the results are strongly influenced by their specific area of responsibility. It is even unclear whether the authors may be subject to circular reasoning, since the presentation gives a single reference to the persons studied, and that reference cannot be found in the description of the study design but rather in the study’s results.

The publishers claim that the analysis should merely be “exploratory”. This gives no reason to relax the standard: When considering biased data, the results are most likely to be impacted by the bias, thus featuring some tendencies. When trying to find new hypotheses, there is consequently a danger that while one thinks to have found something new, one only discovers a new representation of an old, well-known pattern.

To be able to make robust statements with regard to culture and the people who shape it, the core of the research assignment would have needed to be defined first.

Such a study may legitimately leave “white spots”. However, any such limitations must comprehensively be presented, their impact needs to be assessed—this work leaves both to be done. To name one of the evident topics that have not been studied: the authors have chosen to analyze regional and international networks but not national ones; which is a decision that seem somewhat random (and we have not found any decision grounds in that regard).

For this reason, we recommend that this so-called study be filed quickly and not used any further; if decisions have already been made on the basis of the outcome, these would need to be critically examined to see whether the bias in the data and the systematic errors of the study design have negatively influenced the reliability of the findings addressed. If this is the case, the decisions would have to be revised. 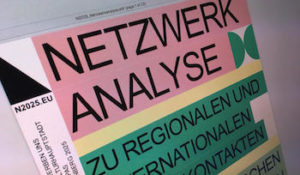 Let’s dive into round two!

As of now, it will be even more important to make Nuremberg’s application for European Capital of Culture visible in the city itself. In September 2020, the jury will visit Nuremberg. At best, public participation will be directly visible in projects at the time. In addition, the bid office will probably run another Open Call in spring, for which we would like to see lively participation.

We are currently discussing in which concrete ways #NUE2025 will contribute. It’s a perfect time join and introduce you and your ideas about citizen participation. Meet us at the regulars’ table to enter the discussion. We are looking forward to seeing you there!

Our next in person meeting will be: